Office Hours:
During the summer semester 2020 I am substitute professor of American Studies at the University of Paderborn. Students from the RUB can still contact me via RUB email.

Sex in the City: Urban Sexuality in Nineteenth-Century American Culture

Bodies and Beauty in American Culture

Twenty-first century popular culture has given birth to a peculiar cultural figure: the hipster. Stereotypically associated with nerd glasses, beards and buns, boho clothing, and ironic t-shirts, hipsters represent a (post-)postmodern subculture whose style, aesthet­ics and activities have increasingly become mainstream. While the hipsters’ roots are frequently traced to the mid-twentieth century, when the term first emerged in the con­text of African-American jazz culture (Anatole Broyard) and the white counterculture associ­ated with the Beat Generation (Norman Mailer), the contemporary hipster, emerg­ing at the beginning of the new millennium, owes many of its characteristics also to 1990s indie culture.

In What Was the Hipster? A Sociological Investigation (2010), Mark Greif defines the hipster as young, white, urban, college-educated, and middle-class. According to Greif, hip­sters are ‘rebel consumers’ who define, acquire and possess ever new insider knowledge of goods and styles to continually distinguish themselves from the main­stream. While hipsters are often regarded as largely apolitical, their conventionally privi­leged background provides their lifestyle, their consumption preferences and their crea­tive expressions with a specific social, ethnic and cultural perspective. Greif claims that the hipster “aligns himself both with rebel subculture and with the dominant class, and opens up a poisonous conduit between the two” (9). This is evinced, for example, in their eclectic cul­tural appropriations and their frequent association with gentrification processes that impli­cate the hipster in some of the most contentious contempo­rary phenomena. As vintage cafés, vegan restaurants, DIY culture, urban gardening, a nostal­gic industrial style, etc. have become key components of a dominant popular cul­ture of hip, the hipster has also been increasingly charged with both selling out as well as being responsible for the commodification of past and marginalized cultures. Furthermore, the seem­ingly constant search for ‘authenticity’ and difference from the mainstream has fre­quently turned the hipster into a figure of public ridicule. Yet, whereas some have declared the death of the hipster, hipster culture seems to be very much alive in global urban centers and in the popular cultural imagination.

Studies on the hipster and particularly hipster culture are strikingly rare. Apart from Greif’s seminal volume and a few articles that have mostly followed his collection of es­says in taking a primarily sociological approach, hipster culture has largely been ignored by academic studies and remained a topic of feuilleton articles and blog entries. Hipster Culture: A Reader seeks to fill this research gap by approaching the hip­ster and hipster culture from a variety of Cultural Studies perspectives. Inviting papers that discuss the hipster and hipster culture from the perspectives of Gender Studies, Queer Studies, Critical Race Studies, Class Studies and a number of other approaches in Media Studies, Literary Studies and Popular Culture Studies, we suggest to reflect on the hipster not primarily as a sociological figure, but foremost as a powerful cultural discourse that takes shape in representations in movies, novels, TV shows, music, web pages, com­ics, and as a lifestyle and aesthetic that shapes specific practices, products and places, such as barber shops, restaurants, urban gardens, arts and crafts products, fash­ion, etc.

We also call for papers that challenge or add to some of the existing paradigms of ‘sociological hipster studies’: The hipster has, for example, been charged with being an inher­ently apolitical figure. In which different ways, however, can we also think of the hip­ster and hipster culture as political agents? Whereas the hipster is often imagined as male, we are interested in papers that specifically discuss the female hipster and female hip­ster culture. Little has so far been said about the hipster’s sexuality, therefore we ask for papers that explore aspects of sex and sexuality, particularly hipster culture’s appropria­tions of or overlap with queer culture(s). Whereas hipsters are conventionally re­garded as intricately linked to whiteness, we also ask for papers that deal with non-white hipsters (e.g. “blipsters” (Black Hipsters), “mipsters” (Muslim Hipsters), Asian Hip­sters, Hispanic Hipsters, etc.). At first perceived as a specifically American phenomenon, the hipster today not only populates ‘hip’ neighborhoods in New York, Los Angeles or Port­land, but urban centers around the globe, such as Berlin, Tokyo, Melbourne or Bue­nos Aires. Papers that take a transnational perspective or focus on hipster culture in non-western cultures are particularly encouraged.

Topics for papers may include, but are not limited to:

If you have any questions regarding the suitability of possible topics and material for inclu­sion in the volume, please do not hesitate to contact the editors.

We invite proposals of ca. 300 – 500 words including a tentative title and a short biography of the contributor(s). The deadline for ab­stract submissions is June 30, 2017. Please send your proposals to both Heike Steinhoff (heike.steinhoff@rub.de) and Eric C. Erbacher (eric.erbacher@wwu.de). Accepted contributors are expected to submit their full chap­ters of 6000 – 8000 words by October 1, 2017. The edited volume will be submitted for publica­tion to a major academic publisher in early 2018.

Heike Steinhoff is Junior Professor of American Studies at Ruhr-University Bochum, Germany. She is the author of Transforming Bodies: Makeovers and Monstrosities in American Culture (Palgrave Macmillan, 2015) and Queer Buccaneers: (De)Constructing Boundaries in the PIRATES OF THE CARIBBEAN Film Series (Lit Verlag, 2011). She has also published articles on representations of the body, gender, sexuality, and space in American literature and film.

Eric C. Erbacher is Lecturer in American Studies at the University of Muenster, Germany. He is the co-editor of Rereading the Machine in the Garden. Nature and Technology in American Culture (Campus, 2014) and of the forthcoming Exploring the Fantastic: Genre, Ideology, and Popular Culture (transcript, 2018) as well as the author of articles on representations of urban space and gentrification, popular TV series and subcultures.

A project for high-school students in the Alfried-Krupp Schülerlabor of the Ruhr-Universität Bochum. 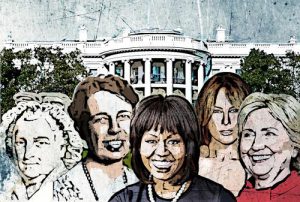